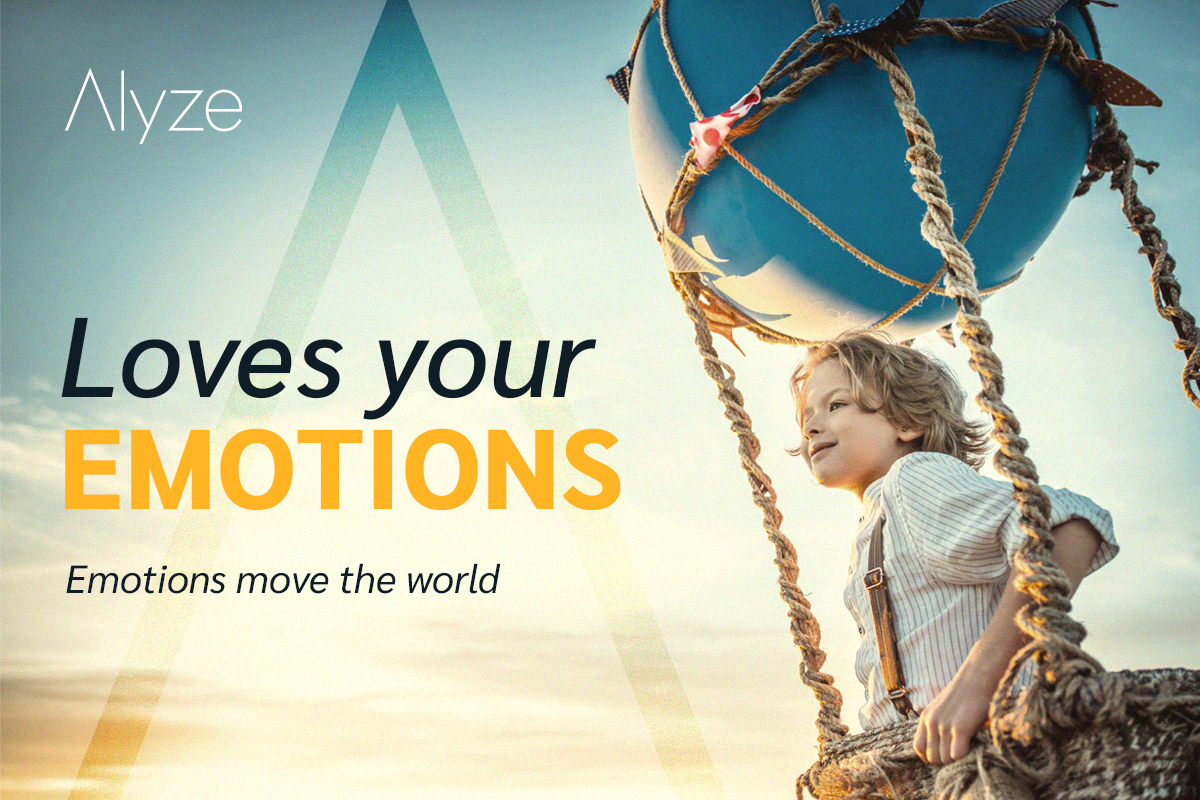 “Emotions move the world”. This principle is embedded in the foundations of Alyze: an easy-to-use tool ready to measure the emotional reaction generated by a movie, an advertisement, a picture, or a sound. Our community of customers are already saving a lot of money just by knowing in advance if the content they’re about to release to the market is good for a lookalike audience. This means sales.

But let’s get to the beginning.
Why Alyze? Once upon a time, a musician was in charge of composing great soundtracks for movies. His name? Alfonso G. Aguilar. After many years of building a fantastic career creating music for films, he realized emotions had a significant impact on the success of a movie. In fact, after doing a lot of research, he found out that the emotional reaction of an audience was key to the success of a film.

In short, Alfonso learned how to manage the audience’s emotions through music. But, as a passionate researcher, he applied to get a degree in psychotherapy and clinic hypnosis in Los Angeles and began investigating how to turn emotions into useful data. “The entertainment industry has given a low importance to emotions up until now”, explains Alfonso. Nevertheless, “emotions are the key to open every door”.

Nevertheless, “emotions are the key to open every door”.

“Successful brands are those that not only sell a product but also awaken the emotions, illusions, and passions of potential customers. Just look at the big well-known brands and you’ll notice this.”

“The ones in possession of the data that results from measuring the emotions will have the best success ratio connecting to their audiences and potential customers”, Alfonso thought. So the next step was building a team of experts in marketing, psychologists and software developers and sharing with them his vision: creating an artificial intelligence with the capability of testing and measuring the emotional impact of any audiovisual content.

The Alyze platform was two years in the making. In the summer of 2020, in the middle of the greatest recent medical crisis because of Covid-19, the team gave the final touches to the interface and the artificial intelligence and launched it to a market that lacked easy-to-use tools. And that’s how Alyze was born.